Sales & Marketing » How to Leverage a Lead Capture Answering Service

A business owner who had invested a lot of money into marketing once sought my advice after all those dollars failed to yield results. We did some investigating and found that 45 percent of his sales calls were abandoned before they received a live voice. This was a surprising discovery, to say the least.

With few sales returns and no idea what marketing campaigns had brought in the calls he did receive, the owner began to realize the importance of mapping out his telephone answering processes to improve his lead capture rate. In particular, we identified and remedied these four areas:

We began with a review of what callers heard when the phone system picked up and walked through each menu option to test ease-of-use. The business owner decided that any caller who chose “sales” should be routed directly and immediately to live answering.

Sales calls were assigned to specific extensions and an overflow path to an outsourced call center was implemented when employees could not get to their calls. This was particularly helpful for keeping track of prospects in other time zones that called after local business hours.

No Consistent Process for Qualifying Prospects

To prevent salespeople from spending time pursuing prospects they would never close, we created a lead form that everyone – including the outsourced call center – uses consistently. The first two questions determine if prospects are qualified for appointment scheduling. When prospects do qualify, they are scheduled immediately via an online appointment book.

An Inability to Determine the Most Effective Marketing Campaigns

The source of every lead was entered into a web-enabled contact management package. Future prospect touches, sales pipeline reporting, and marketing metrics all benefited from this added layer of transparency.

Unfortunately, like we saw here, business owners often do not realize that their company is losing valuable telephone sales leads. Just because an owner has not heard about any problems does not mean those problems do not exist. Partnering with an effective lead capture answering service may be an option to consider if you are facing similar challenges.

What processes have you implemented to improve your lead capture rate? 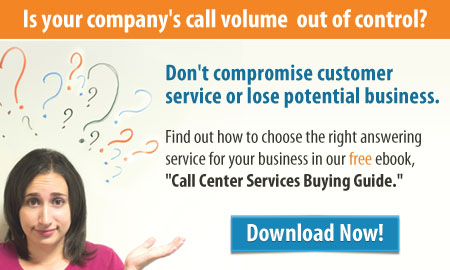 Get the SUITE 1000 blog delivered directly to your inbox! Subscribe now.

Stay in the loop! Sign up to receive blog updates in your inbox. Want more information? Learn about the benefits of subscribing to the SUITE 1000 blog.